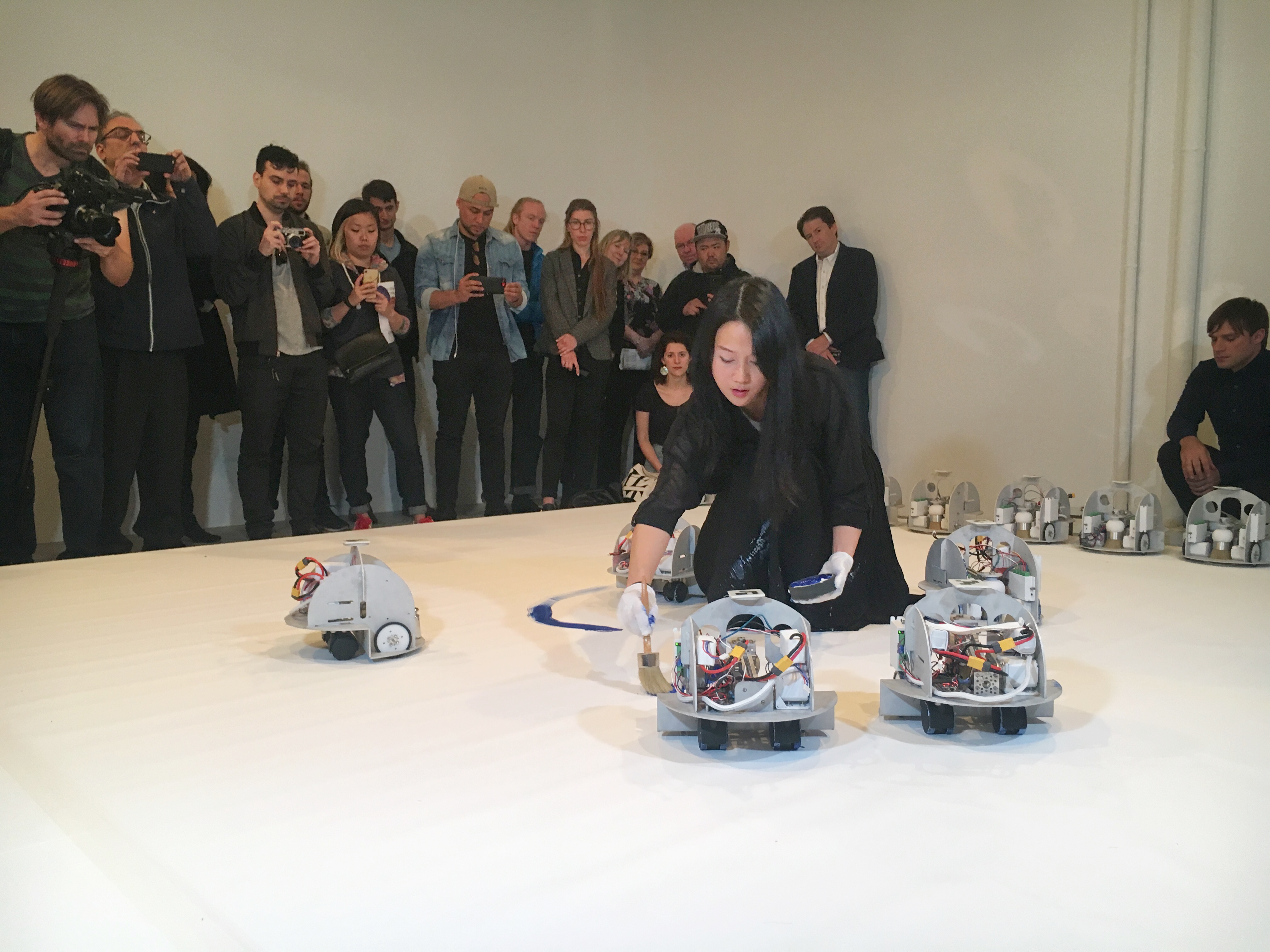 "In Omnia Per Omnia Sougwen Chung explores collaborating with robots as opposed to using them as a tool.  As I enter the room, the artist and the engineer Andy Cavatorta are fussing around little machines with exposed hardware, which seem to roam free around a white platform. Sougwen and Andy look like two caretakers with the little robots being their wards.

When Sougwen first contacted Andy about the project, he jokingly asked if she wanted him to build her an army of painting robots. To his surprise it was exactly what Sougwen who had    designed, coded and engineered the prototypes, intended. The robots are using surveillance footage and have the collective movement of the city power the movement of their swarm.  Sougwen is painting the portrait of the city together with the robots. When asked what the difference is between collaborating with humans and robots, Andy and Sougwen laugh and say that humans cooperate. Their hope is that the robotic swarm will keep learning and evolving.

On the day of the performance, Sougwen is surrounded with audience and journalists. Once the robots start moving and the music fades in, everyone turns quiet. The slow and seemingly purposeful movement of the robots, the traces of the blue paint they leave behind, the motion of Sougwen's brush and the expression of total concentration on her face create an atmosphere of a ritual, a spiritual action. The audience is affected by the magic happening in front of them. Watching the artist paint with the robotic swarm creates a true emotion, the way only art can. "