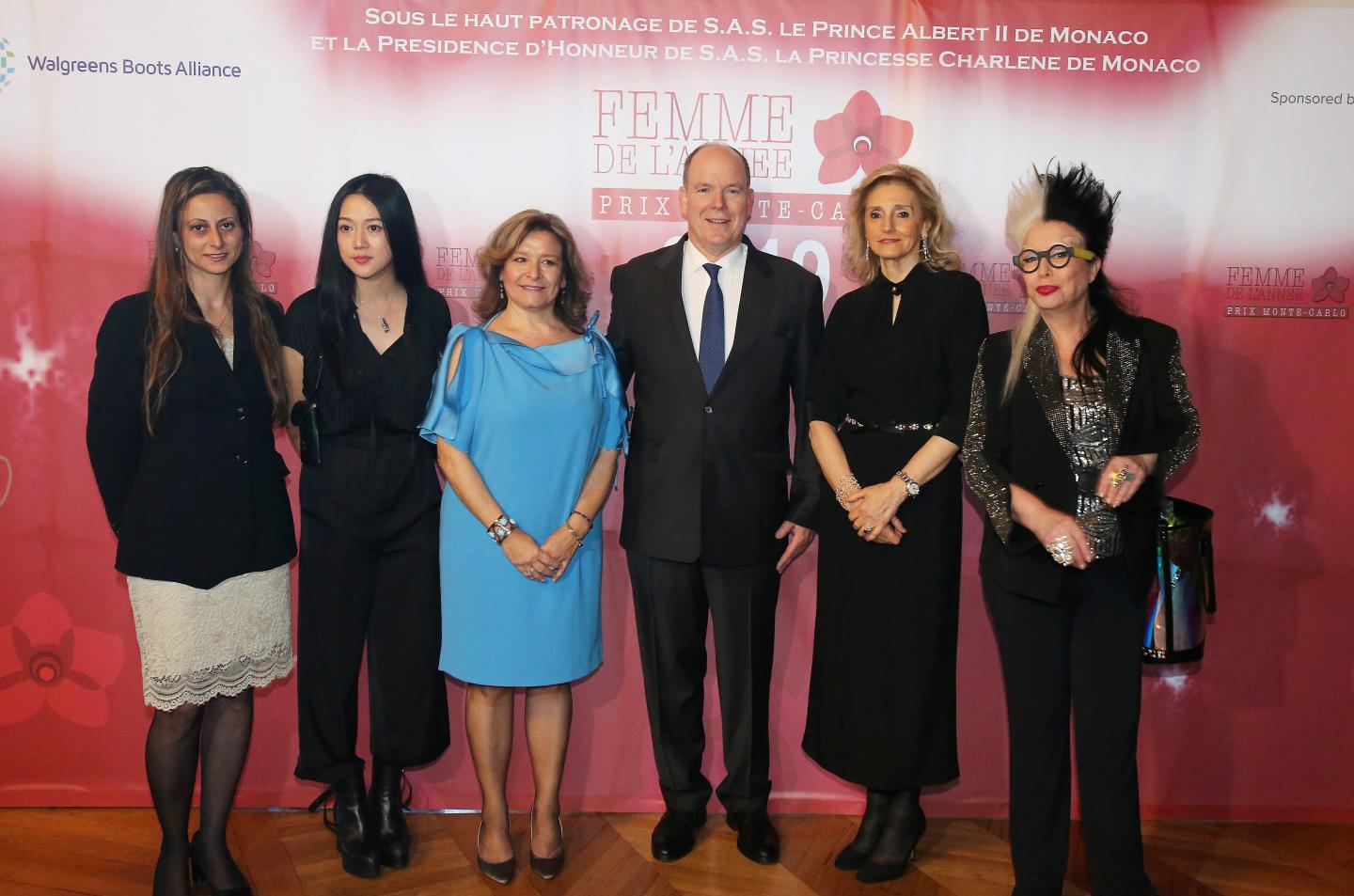 Meet the three women of the year in Monaco

150 guests gathered on Saturday night at the Oceanographic Museum to pay tribute to the work of three women who dedicate their lives between art and science.

She always sees bigger, always more beautiful! Cinzia Sgambati-Colman, president and founder of the “Woman of the Year, Monte Carlo Award”, organized the 8th edition of her annual event on Saturday night at the Oceanographic Museum.

And for this 2019 edition, the theme chosen was “Art & Science”, inspired on the occasion of the 500th anniversary of the death of Leonardo da Vinci. During the evening, sponsored by the Walgreens Boots Alliance, the public discovered the three women who received the awards. It is Sougwen Chung (Chinese-Canadian) Monte-Carlo Award “Woman of the Year” 2019; Elena Rossoni-Notter (Monegasque) Prix Monte-Carlo “Woman of the Year” – Monaco; Special award for her entire career in Orlan (French).

Prince Albert II met with the laureates who told him about their career, alongside Cinzia Sgambati-Colman and Ornella Barra, co-chief operating officer of Walgreens Boots Alliance.

Sougwen Chung won the Monte-Carlo Woman of the Year Award in 2019 for her artistic work. Multimedia artist of Chinese origin, who grew up in Canada and lives in New York. She has been working with robots since 2015, exploring the links between “handmade” and design machines, to understand the relationship between humans and computers. Chung is an artist-in-residence at Google and in the cultural incubator at New Museum, New Inc. and a former academic researcher at MIT Media Lab. In 2017, she was one of three artists selected to participate in a new partnership between Nokia Bell Labs and New Inc. to support artists working with emerging technologies.

Elena Rossoni-Notter, Director of the Museum of Prehistoric Archeology of Monaco, received the Monte-Carlo Woman of the Year Award – Monaco, for her commitment, tenacity, research, discovery and dissemination of archaeological research on the territory of Monaco. Elena Rossini-Notter started working at the museum in 2014 as an archaeologist. She made several excavations in Monaco. She was appointed Director of the Museum in April 2018.

Orlan received the Monte-Carlo Award “Woman of the Year” – special award for her career. Avant-garde, a pioneer in the field of art, science and technology, the artist uses her body as a creative material and source of inspiration. Operated, scanned, remodelled in 3D, virtualized, this body questions, provokes. With a French robotics company, Orlan has designed a robot in her image: Orlanoïde.